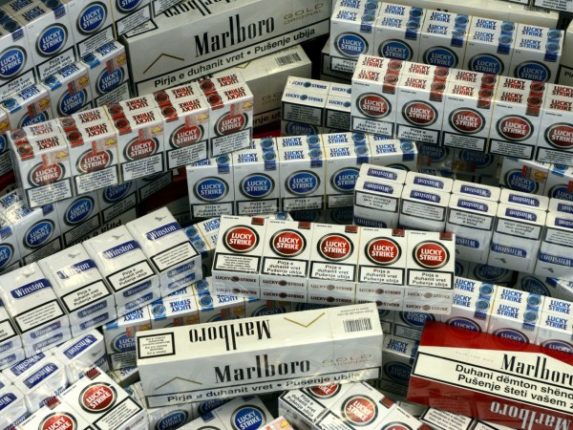 Flashy BMW cars, a pristine villa in downtown Geneva, United Nations diplomatic credentials, and close to 2.2 million EUR in profit: welcome to the lucrative life of a UN cigarette smuggler. In August, two employees of the diplomatic mission of Iraq to the United Nations in Geneva, Switzerland were accused of abusing their diplomatic status to illegally funnel over 600,000 cigarettes into France over the course of 3 years in order to sell on the black market. The plan involved using a German firm to acquire heaps of duty-free cigarettes, only to have them stored in a warehouse near the Geneva airport and eventually trucked to the Rennes region of France to have them sold on the street. The accused were able to purchase duty-free cigarette due to their diplomatic status at the Iraqi mission, according to the Swiss Federal Customs Administration, which first gave news of the incident to the Sonntags Zeitung newspaper. It was later confirmed by the Iraqi Embassy in Bern in press release.